History of Elkridge and the Rockburn Branch Watershed

Starting in the late 1600s, Elkridge was valued in central Maryland for its access to the Patapsco River which led to the Chesapeake Bay and the ocean beyond. The “Elk Ridge Landing” was the ideal docking port for shipping tobacco, the popular export of the time. The leaves would be bundled and packed into barrels which would then be rolled down the hills to the landing for processing.

Down the hill and towards the Tiber River is Ellicott City, another historic landmark for central Maryland. Founded in 1772, Ellicott City was a center of trading and commerce. Since then, the surrounding area has lost the majority of its farmland and has increased dramatically in residential use and impermeable land cover such as roads, driveways, and roofs. The rivers have also filled in with silt.

The Rockburn Branch is a smaller river that flows through Elkridge and into the Patapsco River. The current boundaries of the Rockburn Branch Watershed, or areas where water drains into the Rockburn Branch, are Montgomery Road, Brightfield Road, Illchester Road, and the area just east of I-95. Within these bounds, you can also find Rockburn Branch Park, a large, open landscape with sports fields, trails, and other recreational activity areas. 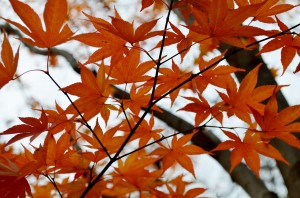 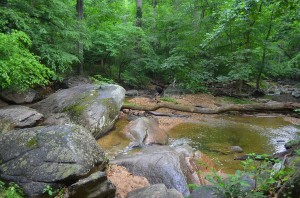